The price of a bitcoin has fallen below $20,000 (£16,400) amid deepening turmoil in the cryptocurrency market.

The cornerstone digital asset slipped to levels not seen since December 2020 on Saturday morning, at one point going under $19,000 before recovering to about $19,160, according to CoinDesk.

Bitcoin and other cryptocurrencies have been hit by several factors including rising inflation, which has prompted interest rate rises by central banks. This, in turn, has dampened investor appetite for riskier assets such as cryptocurrencies and has hit global stock markets, with the previously high-flying tech sector affected in particular.

Last week the UK and US central banks raised rates in an attempt to quell rising prices, putting further pressure on digital assets.

Cryptocurrency is the term for a group of digital assets that share the same underlying structure as bitcoin: a publicly available “blockchain” that records ownership without having any central authority in control.

Crypto’s backers have said the sector represents a good investment because, for instance, it carries low fees and, unlike conventional currencies, is not tied to governments. However, its detractors say a lack of regulatory oversight or implicit government support, due to crypto and bitcoin’s independent origins, make it susceptible to scams and wild fluctuations in price.

The crypto market, which trades on a 24-hour basis, is also suffering internal problems that began with the collapse of Terra, a so-called stablecoin whose value was supposed to be pegged to the dollar. Its failure in May shook faith in digital assets, triggering a wave of selling that has been exacerbated by the wider interest rate moves. The entire crypto market, worth more than $3tn in November last year, is now valued at $884bn according to data firm CoinGecko.

The investor panic also started to affect financial businesses focused on the crypto markets. Last week Celsius Network, a bank-like business that offered high rates of return on cryptocurrency deposits, stopped customer withdrawals. Then Three Arrows Capital, a hedge fund that made expensive bets on the crypto markets, admitted it was in trouble.

Speaking to the Wall Street Journal on Friday, Three Arrows’ co-founder, Kyle Davies, said the firm was looking at asset sales or selling itself to another business.

The $20,000 level is viewed as important by some crypto followers for a number of reasons. About half of all bitcoin wallets were sitting on profits at a price of just over $20,000 according to an analysis by the Columbia Business School in New York, cited by the New York Times.

Last week, a crypto executive told Bloomberg that a fall below $20,000 might trigger more sell-offs because some financial firms have borrowed heavily to bet on a rising bitcoin price, but will have to liquidate their positions – effectively cutting their losses – if the currency falls below $20,000.

“There are lot of funds, large borrowers of bitcoin, who have liquidation positions in $20,000 range,” said Bobby Lee, chief executive of the crypto storage company Ballet Global, in an interview with Bloomberg TV.

… we have a small favour to ask. Millions are turning to the Guardian for open, independent, quality news every day, and readers in 180 countries around the world now support us financially.

We believe everyone deserves access to information that’s grounded in science and truth, and analysis rooted in authority and integrity. That’s why we made a different choice: to keep our reporting open for all readers, regardless of where they live or what they can afford to pay. This means more people can be better informed, united, and inspired to take meaningful action.

In these perilous times, a truth-seeking global news organisation like the Guardian is essential. We have no shareholders or billionaire owner, meaning our journalism is free from commercial and political influence – this makes us different. When it’s never been more important, our independence allows us to fearlessly investigate, challenge and expose those in power. Support the Guardian from as little as $1 – it only takes a minute. If you can, please consider supporting us with a regular amount each month. Thank you. 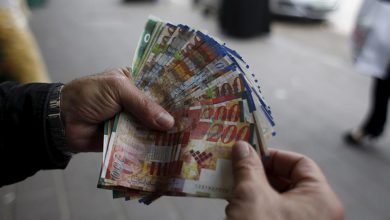 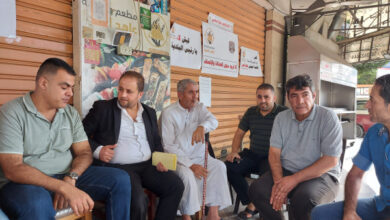